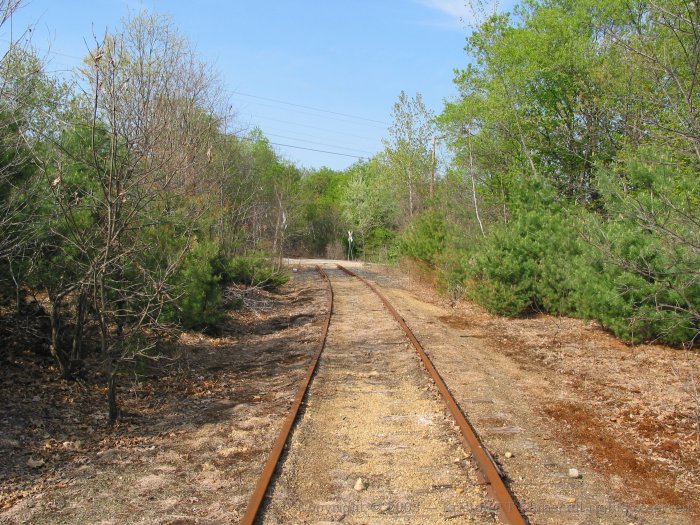 The rusty rails seen in this view looking northward across State Street in Bondsville towards what was Forrest Lake station are still "active" — or at least were when this photo was taken in May of 2003. This is the longest of the two remaining, navigable sections of the original Massachusetts Central ROW, the other being a short stub leading from the Ware River Railroad tracks in Ware, south-west to the Kanzaki Specialty Papers mill (which was built directly atop the original ROW).

Today, these tracks are owned by a short-line calling itself the "Massachusetts Central Railroad" which, despite its name, actually operates over the tracks of the original Ware River Railroad from Palmer to Barre.

Except as noted, this site and all contents are Copyright © 2011 — Kristofer T. Karas; all rights reserved.